Back to SYM Road 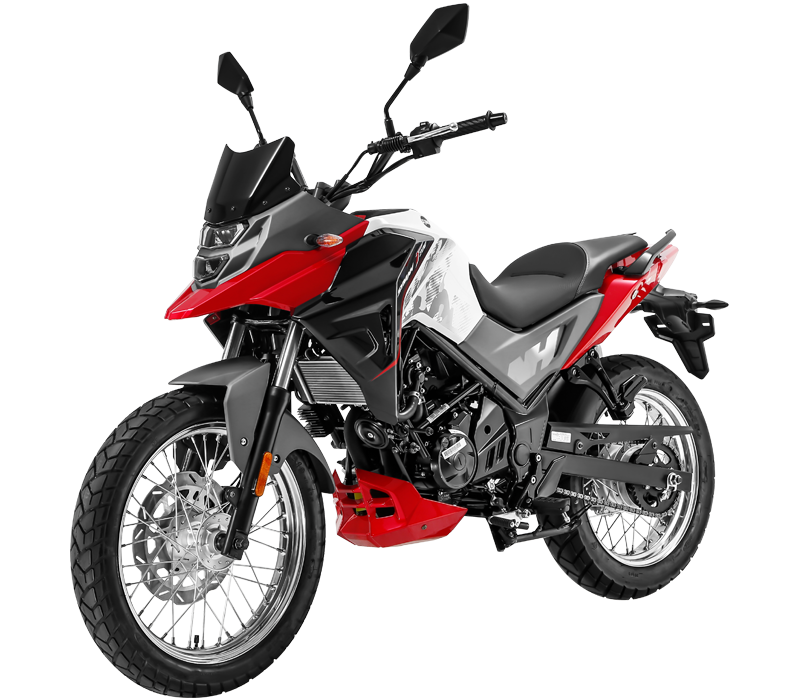 Your submission has been received!

Oops! Something went wrong while submitting the form. Please retry. 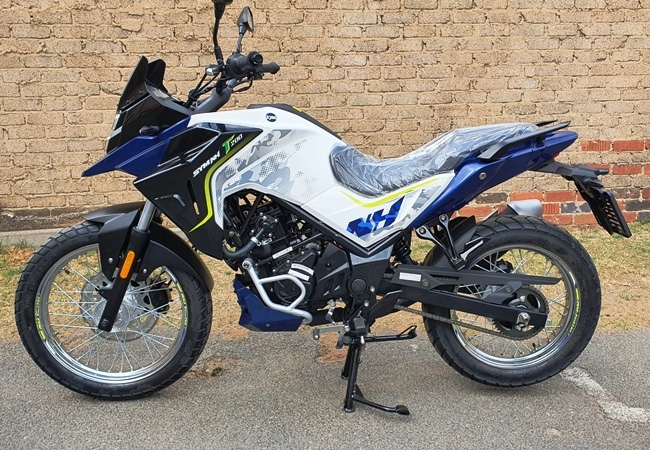 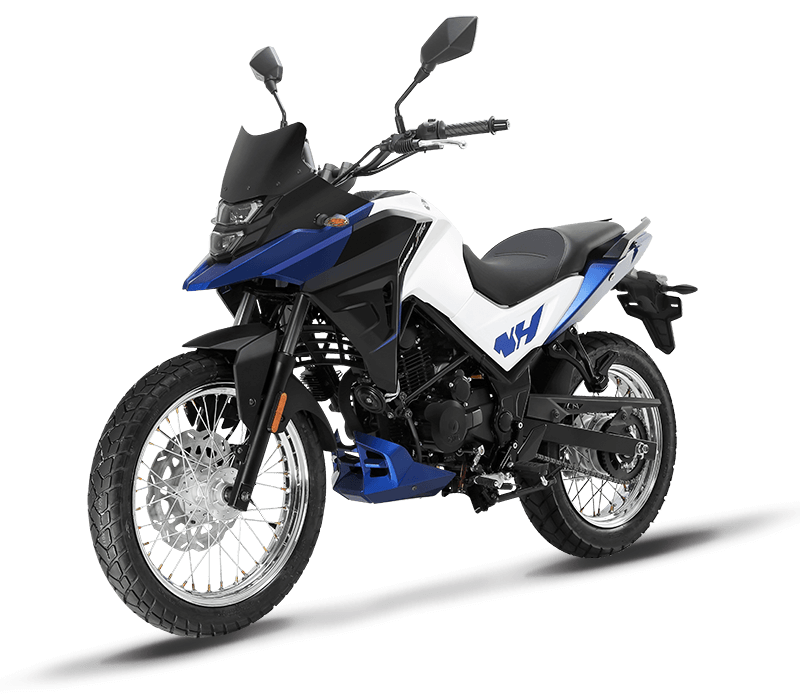 More and more manufacturers are jumping on the small capacity adventure motorcycle bandwagon, in a bid to get new riders into their adventure boots right from the start. We swung a leg over the SYM NHT 125 earlier this year, and soon discovered that it was built for beginners who want a taste of the ADV life. Now we're excited to review another newcomer from SYM: the all-new NHT 200.

Like its smaller brother, the NHT 200 has an adventure bike-inspired design with 19F/17R spoked wheels, a beaky front fairing, wide handlebars, a mini bash plate and engine crash bars. SYM have found a balance between classy looks and a rugged ‘do it all’ motorcycle design.

Just above the front beak is a stylish LED headlight arrangement, which gives the NHT a sharper and more aggressive look. On my evening excursions, the NHT’s LED headlight emitted a bright, wide and clean beam of light. (The tail light's an LED unit too.)

The NHT has a neat trick up its sleeve, in the form of a USB charge port—just the ticket for a millennial like me. It's right at the front of the fuel tank, so it's easy to get to for charging a phone or GPS. The LCD display is modern yet simple, and includes a tripmeter, odometer, clock, fuel level indicator and a gear indicator.

The NHT 200 is driven by a 183 cc single-cylinder fuel-injected motor. Although only 58 cc more than its smaller sibling, the NHT 200 feels way more competent—both on the open road, and in the slower stuff, too. It'll sit at a comfortable 120 km/h at 7,000 rpm, with 2,000 more revs to spare, but also effortlessly lug at under 3,000 when negotiating tight single track.

Thanks to its great balance and compliant suspension, the NHT 200 will soak up bumps as well as offer you a sporty ride. It's a willing companion for both the urban commute and the open road... but what about off-road?

Although only offering 140 mm of travel, a stiff setup makes up for the lack of travel—so light off-road duty is a doddle. The NHT holds its line on smooth gravel roads, the meerkat riding position feels natural, and the bike feels very nimble, too. In the tighter stuff, the high bars, tight turning circle and low revving motor enable you to ride with confidence. But when it comes to more rocky or uneven terrain, that firmness in suspension makes for a less than comfortable ride.

Braking is handled by cleverly designed CBS (combined braking system), clearly aimed at beginners. The CBS is engaged with the foot brake—so as you press on your rear brake, the front brake is engaged at a small percentage. This is really nice while riding on the road, because you can pretty much stop without using your front brake lever altogether, and concentrate on riding more.

The NHT’s strongest selling point is its great fuel efficiency, and the range it gets from its wee 11 l tank. I managed to get an average of 32 km/l on a good day, so if you do the math, you could get a range of 352 km or more.

The NHT 200 ultimately punches above its weight, and will happily compete against its fellow 250 cc adventurer bikes. At the end of the day, I reckon SYM has brought another fantastic motorcycle to the South African market. Whether you looking for an early start to adventure riding or an affordable daily runner that can take you down the scenic route, the SYM NHT 200 may be for you.